In the spirit of supporting each other, please consider contributing to the Brett Dodson Scholarship. Many of us knew and are a testament to how effective Brett’s guidance supported our endeavors of dive safety, from his words of encouragement or pure, unfiltered honesty. So please help our ADPA community continue his legacy, and cheers, Brother Brett! 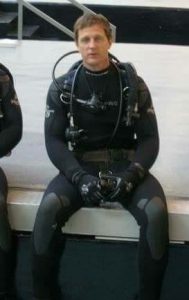 Brett held undergrad and graduate degrees in Biology from Texas A&M University and spent many long hours diving the cave systems of the Southeast. In college, Brett would spend all week on campus working as a TA, pack his van with cylinders and gear, make the 14-hour drive overnight to the caves of Florida, dive all day Saturday and Sunday and be back on campus Monday morning ready to do it all over again.

After college, Brett continued his lifelong affair with the ocean and dive leadership and found his calling when he became the Diving Safety Officer at the Tennessee Aquarium. Brett made an incredible impact on the program there and a few years later was hired to be the first Dive Safety Officer at the yet to open Georgia Aquarium (GAI). Brett had an incredible work ethic and devoted his entire existence to creating the dive programs at GAI and bringing the ocean to landlocked Atlanta.

Brett was an active member of both AAUS and ADPA and an innovator in the aquarium dive industry who set the stage for how institutions dealt with OSHA by pioneering the use of his now famous surface-supplied cart. And no Brett, we’re not using a pneumofathometer! Brett was widely considered to be a standards whisperer by his colleagues and was an expert in his field; working as a dive program consultant for many zoos and aquariums with his company Leadbelly Dive Program Salvage. 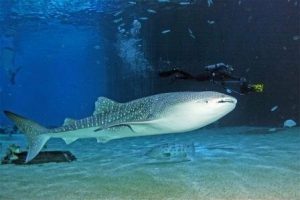 Brett also had a unique ability to identify and mentor many future university, aquarium and federal diving safety officers with numerous current DSO’s now counting themselves as a member of his DSO tree.

After Atlanta Brett moved to Corpus Christi with his longtime partner, Carol Haley, to become the Diving Safety Officer at Texas A&M. Brett rebuilt the program there and continued his work with Leadbelly while enjoying his custom built meat smoker and working on his old truck, endless iPod playlists, seeking out a good paella and engaging in intellectual discourse. Along with Carol, Brett was an avid cyclist and ocean advocate.

He will be dearly missed by his friends and colleagues in the dive community. RIP Brett.

“And for those that belong to the sea;
They will never be far apart;
For each time they go to that place;
They are together again.” 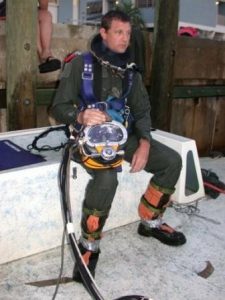 0
0
Your Cart
Your cart is empty
Close